Tales from the Cat Side - Dreama Tolle Perry Art
FLOW MONTHLY MEMBERSHIP OPENS FOR ENROLLMENT AGAIN IN SPRING 2023 ;-) CLICK HERE TO GET ON THE WAIT LIST!
Journal Collections You gotta have dreams.
Big Dreams.
Even Eddie says so. 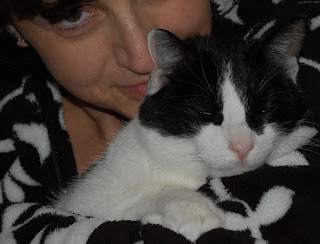 I got Ed at the pound. When he moved in with me I was living in a house 2 blocks from the beach in California–talk about movin’ up!

Ed had a dream.

Even when it continued, day after day, of someone coming to pick a cat and it was never him, he just kept on visualizing his house by the sea.

And little did he know,  out there, was me, thinking about wanting a cat, particularly a tuxedo cat, to live with me in my little house…. by the sea.

If you think about it, we don’t take real things and make them into dreams.

We take dreams and make them into real things. 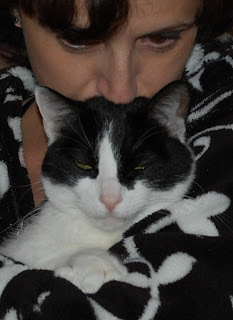 Eddie has two words for you…